Book Mike For your next conference
Shop
Account
Cart

Are You Saying Yes Too Often?

There’s a well known entrepreneurial concept that say’s ‘always say yes, then figure out how you’re going to do it.’ It’s something I have lived by for most of my life. Always excited to find the next challenge to solve I was always ready to say yes first, and then figure it out later.

The concept served me well as a young entrepreneur looking to make enough money to survive. It helped me generate revenue and pay my team their salaries and build a successful business. In fact, we had almost made an art of saying yes. We got inspired and energized by the thought. It was a way of life that seemed to spell out that this ‘yes first concept’ was a business truth that you could live by.

In managing personal boundaries most entrepreneurs understand that saying no is a good way to manage their personal energy reserves. The motive though is usually to get enough rest to go out and do everything we said yes to.

Today I think about it slightly differently. I am thankful I said yes to so many things, it’s helped me learn this lesson. Stop saying yes, start asking for yes.

When you say yes as an entrepreneur you are signing up for someone else’s vision, but when you ask for yes you are driving your own vision. After years of saying yes I had a great reputation for solving problems and I had managed to create a relatively successful business around solving problems. Something was missing though. After looking hard at my life and business I had two big epiphanies:

To give you an example of a few of the ‘yes’s’ I needed:

Today I find that asking for yes, means that I’m building what I’m passionate about. I still say yes, my business is built around solving problems for clients. The only difference is that I started increasing the number of times I ask for yes. 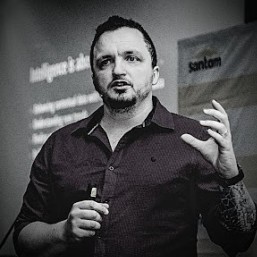