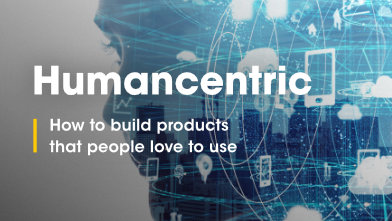 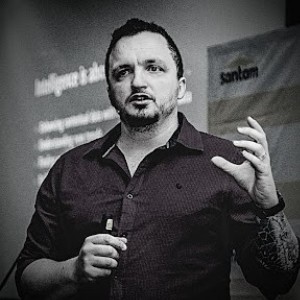 Around 10 years ago I started asking myself a simple but difficult question. How do you keep up to date on everything technology has to offer? I was doing keynote presentations on technology all over the world, trying my best to stay in touch with every single techy app, quirky startup and shiny trinket. I mean, technology is the thing that we all want. As a society, we’re arguably addicted to it, in business, we chase its promises of better products and efficiencies, and in life, we struggle to raise our children in a world we don’t understand. In a digital world that’s racing so fast we could never be expected to stay up to date.

The common denominator in all mega-successes was technology.

So I built a framework to track technology meaningfully. I decided that you need to track four things to stay in touch with the technology that mattered. Mobile, Social, Data and IoT. I realised that mobile-connected people are in their context. That social created new ways to share memorable experiences. The data helped us understand more and the IoT connected and automated the world more intelligently. I thought I have found the holy grail of understanding and implementing technology.

Then over time, as I applied this model to business and life, I found the need to incorporate eCommerce into my model. And although I could, it was never a neat fit. Then came nano-technology, biotechnology, blockchain, augmented reality, and then artificial intelligence and my list of four was growing and growing and growing. It never stopped. New and powerfully opportunistic technology would always arrive every few months and obliterate my clever model.

In my attempt to create a simple all-encompassing framework I could not contain the massive pace and exponential rise and impact that technology was having on our lives.

And there you have it… did you catch it? If not, I’ll circle back later.

A few years ago I had a simple epiphany and decided I finally had something meaningful to contribute to the digital economy. So I wrote my third book, Humancentric, about this simple idea that changed the way I thought about business and technology.

The idea – is that Technology fails unless it means something to someone.

So how do we win in a digital ecosystem? How do we understand how to do business, develop ourselves and parent our children. Well, we need to think differently. Technology is blindsiding us, the media point to a successful business and point to the tech. But let’s Re-read my previous statement about success.

But technology has changed the world we find ourselves in. Not all technology, just the ones we like. It’s changed our world so much that it’s fundamentally shifted the way we play out our human nature.

The technology world shifted three fundamental aspects of being human.

Our interactions are a hybrid of technology and physical. We get comparison pricing in-store while making purchase decisions. Mothers don’t call their moms at 2 am with questions about Colic. They Google it. People track their exercise and wellness with a wide host of wearable and health techs. In Africa, in some countries, WhatsApp is the king of communications but in others, it’s barely used. The way people interact is often defined by a persons comfort level and desire for convenience or entertainment.

We build relationships differently in a digital economy. The first date used to be where we asked questions like your star sign and are you an axe murderer. Now we wouldn’t even consider the first date without spying on their online profile, interrogating them over messaging apps and googling their name. If you make it to your first date the only new and interesting thing about you may be the sound of your voice.

Your good friendship group is smaller thanks to world pandemics but your network is larger than ever thanks to social networking.

Finally, our access to intelligence and knowledge has shifted like nothing we’ve seen before. Trivial Pursuit used to be a fun game because we retained the information and could show off our general knowledge, now we can’t play a round without consulting a search engine. Our brains no longer resemble an encyclopaedia but rather it’s like a Rolodex of numbers and links to places that house all the knowledge we need. When it comes to our own medical welfare we choose to self diagnose more often than consulting a doctor because we feel empowered by the volume of information on the internet.

Add to that the way technology is learning and we begin realising that there are things we used to need to know, that we no longer need to know. My car tells me when it needs a service or has a flat tyre. My apps tell me if I’m healthy or not. I don’t need to understand the relationship between Aperture, shutter speed and ISO to take a great picture l, my phone camera does all that heavy lifting for me. We don’t tell brands what we like anymore, they listen to the data we put online and design the products we love and then tell us about them inside our favourite media.

Technology is such a massive success factor not because of how cool it is (and let’s not forget – it’s seriously cool) but it’s a success because people have adopted it to the point that they cannot live without it.

Not all tech is successful. Only the tech that people use.

So now I have a new and simpler framework. Instead of tracking four things to understand our new industrial revolution we only have to ask three questions.

The answers behind these three questions will and have unlocked a myriad of innovations with and without leveraging technology. Yet they all succeeded in the digital economy.

Stop chasing Tech, it’s embedded everywhere, you can’t chase it, you’ll just run in circles. Learn to be empathetic, not techno-pathetic. empathise with people’s context, their relationships and their intelligence.

My latest book expands on this topic in more detail to provide a framework and encouragement to build Humancentric Technology.

Read more about the Humancentric Book

This week we take a quick look at social media and what brands should be thinking about in 2023. Specifically looking at content and media choices, so let’s dive in:

From Boredom to Brilliance: How ChatGPT is Changing the HR Landscape

As we come to grips with public-facing tools like ChatGPT, 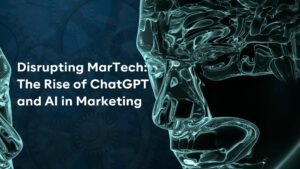 Disrupting MarTech: The Rise of ChatGPT and AI in Marketing

A few people have been asking me to share my 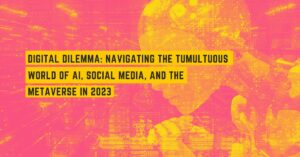 Digital Dilemma: Navigating the Tumultuous World of AI, Social Media, and the Metaverse in 2023

The digital world is a tumultuous one, to say the 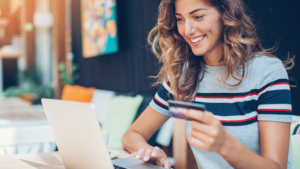 When it comes to e-commerce, business is booming – but